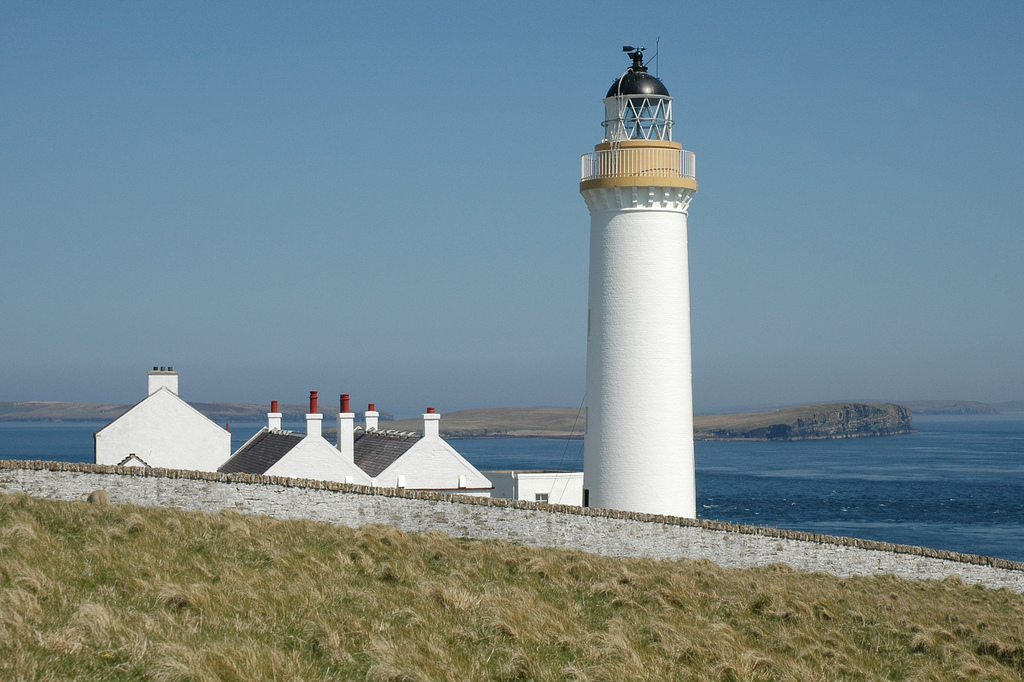 As its name suggests, Cantick Head is a headland at the tip of the Walls peninsula attached to the Orkney island of Hoy. Surrounded by the sea, Cantick is flanked by the gentle waters of Kirk Hope to the north west, the notorious Pentland Firth to the south and overlooks both Cantick Sound and the southern entrance to Scapa Flow.

Numerous birds and marine life enjoy Cantick, Porpoise, Seals and Whales are often seen in the area ~ Minke, Orcas & Pilot have been sighted on many occasions along with ‘new’ visitors Basking Sharks and Dolphins.

The viewpoint outside the Lighthouse attracts locals and visitors alike, the sea and landscape views are reputed to be some of the best in Orkney. The ever changing sea is permanently framed by landscapes of Flotta, Switha, South Ronaldsay, Swona, Stroma and south to the unmistakeable outline of Duncansby Head and Scotland’s northerly coastline.

Cantick Head Lighthouse, cottages, outbuildings and walls are Grade B listed of architectural and historic interest. The light is active and remotely operated by Northern Lighthouse Board from their Edinburgh office ~ the tower is not open to the public ~ the light celebrated its 150th anniversary on July 15 2008.

The Lighthouse and Lightkeeper’s Cottages were designed and engineered in the 1850’s by the Stevenson brothers David & Thomas, sons of engineer Robert Stevenson (1772-1850)

David Stevenson (1815-1886) constructed some 30 lighthouses during his tenure as Engineer with the Northern Lighthouse Board; David also designed lighthouses in Japan and a method of protecting them from earthquakes.

Thomas Stevenson (1818-1887) Father of the author Robert Louis Stevenson joined the family firm in 1838. Thomas invented a new and much improved illumination system for lighthouses and also the “Stevenson Screen”, which is still used as a stable container for meteorological instruments.

Read about the Cantick Head Dig 2008