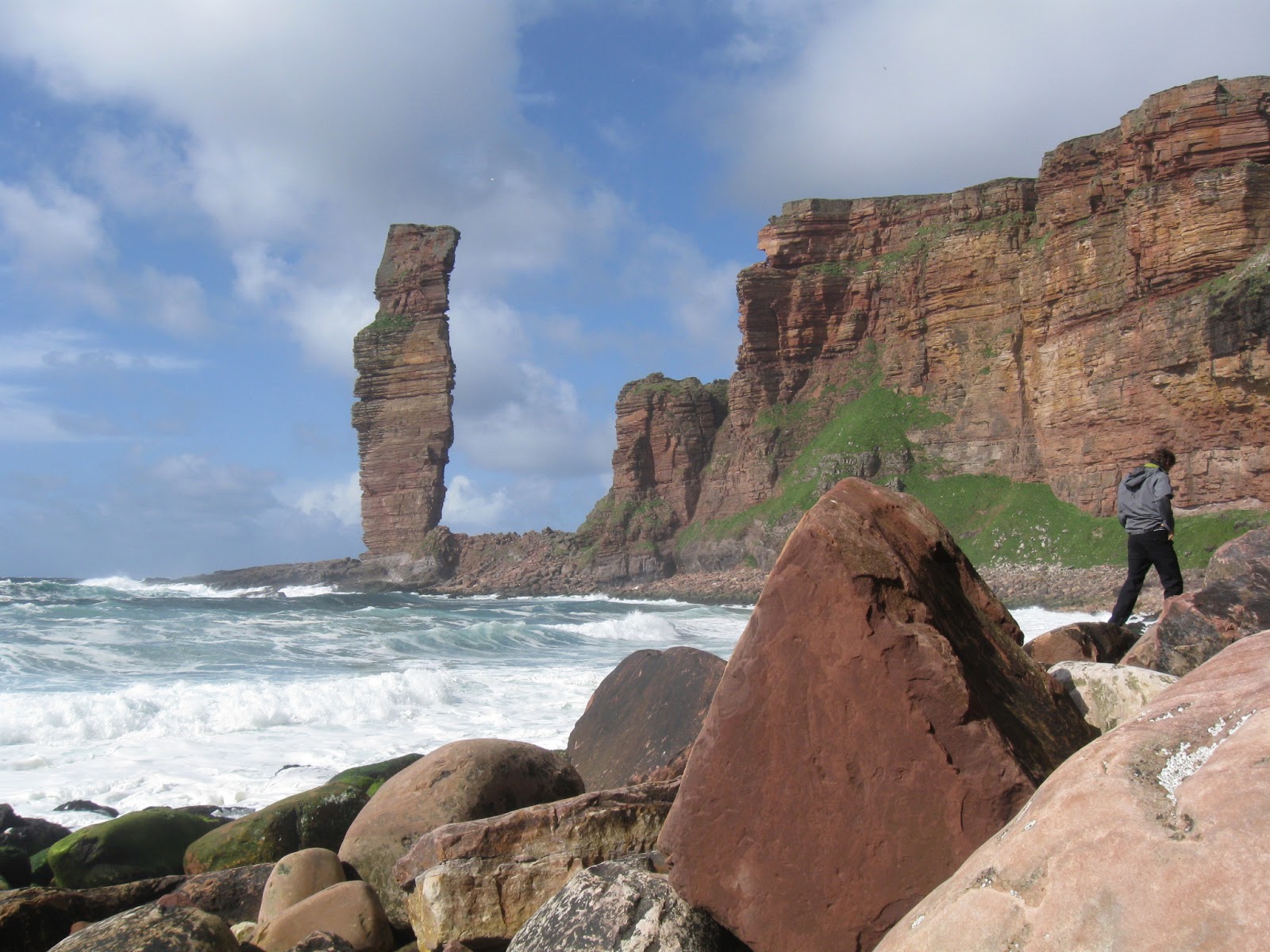 Rising out of the Atlantic Ocean to a height of 450 feet (137m), The Old Man of Hoy is the UK’s tallest sea stack. Separated from land by the erosive powers of sea and wind the stack was originally an arch with two “legs”, hence its name, however a severe storm literally washed away one of the legs leaving the single pillar. There is already a large crack running down from the top of the stack and many Geologists believe that one day the Old Man will collapse into the sea.

The stack is a challenging climb and was first ascended in 1966 by Chris Bonington, Rusty Baillie and Tom Patey. In July 1967 a live BBC broadcast featured 3 pairs of climbers – Bonington & Patey repeated their 1966 route while two new lines were climbed by Joe Brown & Ian McNaught Davis and Pete Crew & Dougal Haston.

In September 2006 Sir Ranulph Fiennes climbed the Old Man and on May 16th 2008 the sea stack was conquered by Base jumpers Gus Brown, Tim Emmett and Roger Holmes.

Orkney Sea Stacks have some good info on the Old Man and The Needle; UK Climbing offer several routes to the Old Man together with a Sea Stack Orkney Guide.