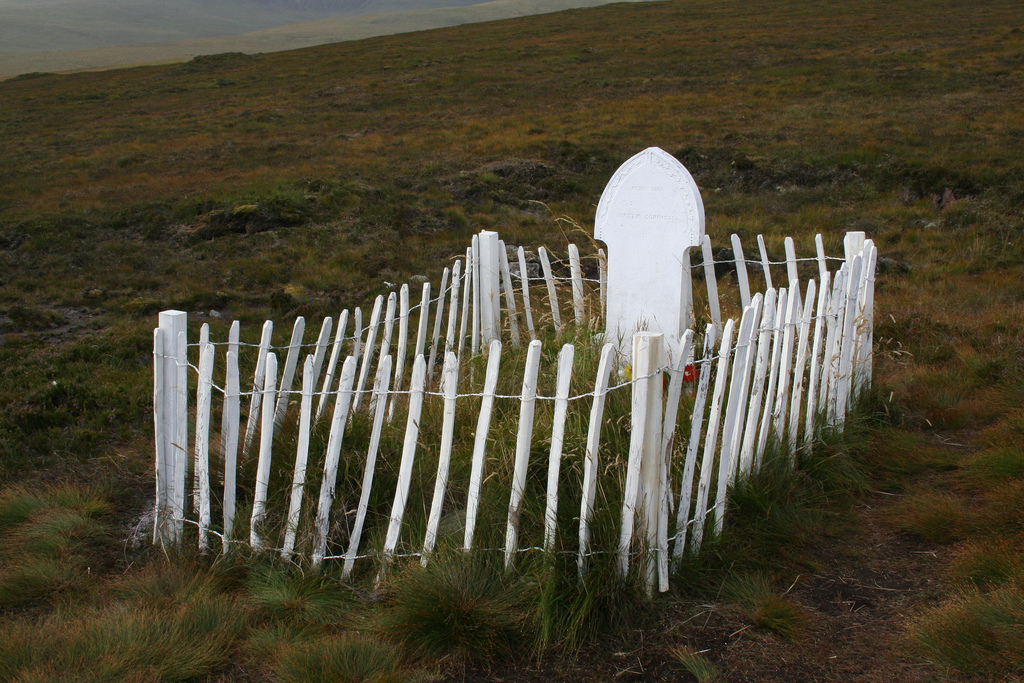 Betty Corrigall’s Grave is reputed to be the loneliest in the UK, yet probably one of the most visited in the Orkney Islands.

Young Betty fell under the spell of a passing sailor. Single and pregnant was not acceptable in her day and she was determined to take her own life, her first attempt by walking into the sea to drown was interrupted by the villagers but a few days later she hung herself. Betty’s trials and tribulations did not, unfortunately end with her death; the Lairds of Hoy & Melsetter did not want the responsibility of a suicide and she was buried in unhallowed ground beyond the parish borders.

Betty’s simple grave has been disturbed several times and in 1949 a visiting American, the Reverend Kenwood, gave her a proper service and secured a promise from the local Customs & Excise officer, Harry Berry, to erect a headstone.

In 1976 the headstone was finally constructed, although of fibre glass due to the boggy and peaty ground which will not support the weight of traditional stonework.