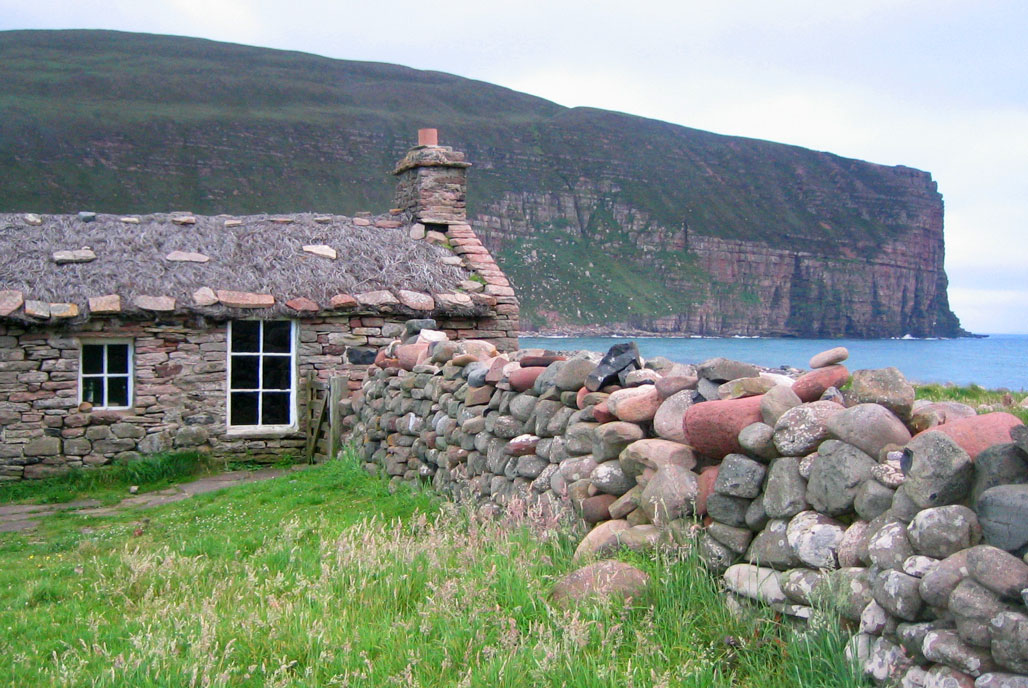 Nestled among the Hoy Hills is beautiful Rackwick Bay.  This crofting township is considered one of the most beautiful places in Orkney. Bounded by towering 200m cliffs and steep heathery hills, Rackwick Valley rests beside a fine sand and boulder strewn beach. It has a beauty and climate all of its own. The walk to the Old Man of Hoy starts here. Rackwick is a good place for campers with a traditional bothy building open to the use of the public.

the bothy at Rackwick

The kind of life lead by people in the isolated valley has been captured in one of the old crofts, which has been restored to its ‘original’ condition and is now open as a museum called the Cra’as (Crow’s) Nest. Cra’as Nest Museum is a traditional Croft house and Steading dating from the early 18th century. The house has two box beds and a dresser, the steading includes a byre and a barn with a kiln used for drying oats.

You will find Cra’as Nest on the way down from the Old Man or walk up from Rackwick Hostel.