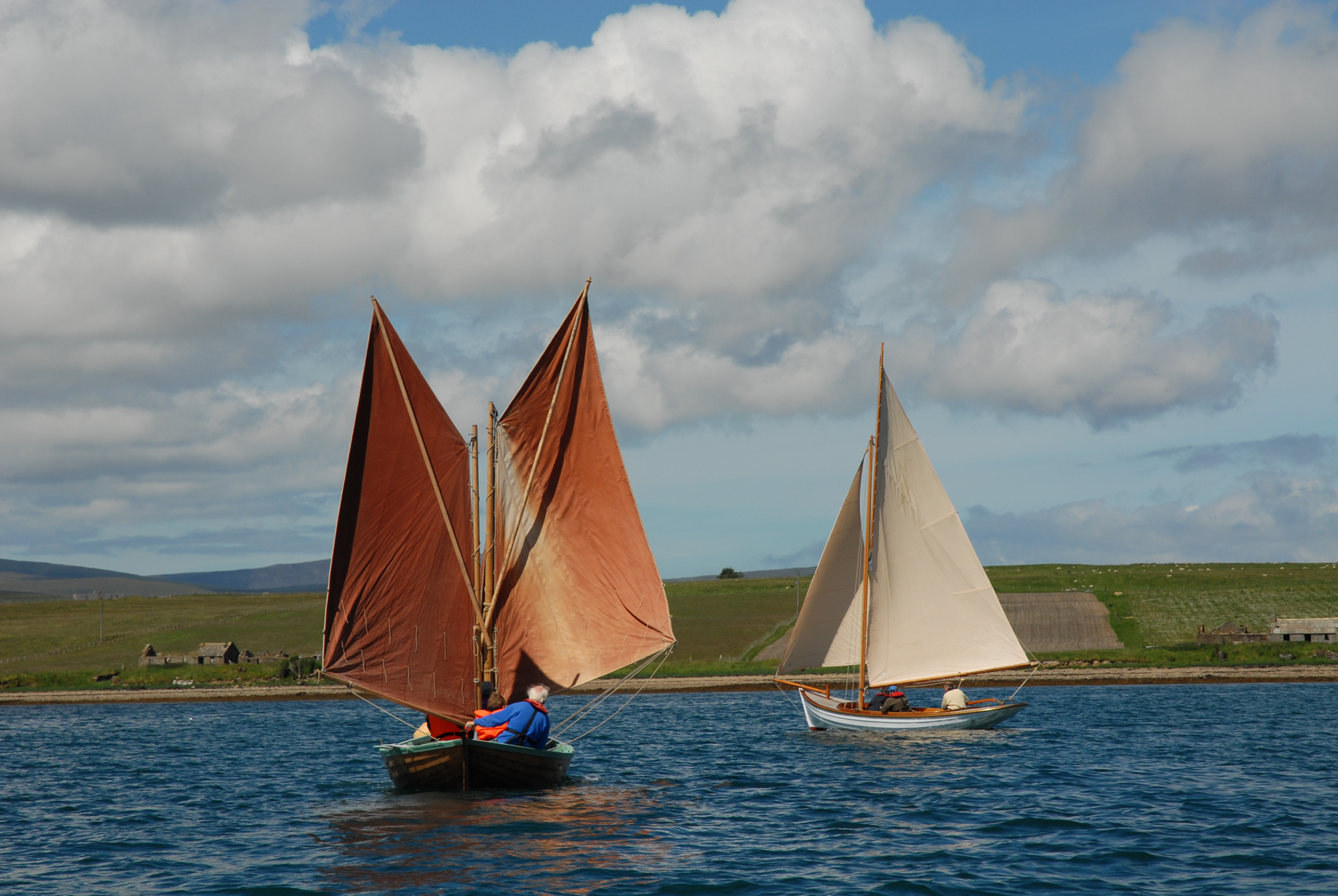 Longhope Sailing Club was formed in 1933 when a group of sailing enthusiasts, led by Capt. Dunnet, met in the Longhope (now the Royal) Hotel. Membership fees were discussed at the meeting and it was decided that “the membership fee be one shilling & members entrance fee to races be one shilling & non members two shillings”.

The initial sailing would have been done in traditional Orkney boats namely Yoles and wooden dinghies. At this time most farms or crofts would have owned at least one sailing boat as testified by the large number of ‘Nousts’ or hauling out places that surround Longhope Bay.

From its inception Longhope Sailing Club has always held a regatta in Longhope Bay. With its long narrow expanse of relatively sheltered water Longhope formed an ideal venue for sailing regattas, which also included motor boat and rowing races.

The 1950s saw a change with the arrival of sailing boats among these where the Merlin Rockets, Enterprise and Snipe dinghies. These were still very much wooden boats often constructed locally in Orkney. The snipe in particular has since become the major sailing class in the south isles, although today, this boat would be constructed of fibreglass.

The 1960s saw the arrival of the Yachting World catamaran constructed of plywood. These became hugely popular as light fast sailing boats. The 1960s also saw an association of Longhope Sailing Club with Commander Errol Bruce at that time working at LYNESS Naval Base. Commander Bruce was a noted transatlantic sailor and later went on to be editor of the yachting magazine Motor Boat and Yachting. He is best known today in Orkney for the Errol Bruce cup, a catamaran race held to coincide with the Kemp (dinghy) cup race held in early September at Kirkwall.

The 1970s saw the introduction of fibreglass with many of the dinghy classes converting to fibreglass versions with one or two new classes emerging such as Lasers and Hobie Cats.

Yole sailing began to become a thing of the past but the 1990s saw a revival of interest in yoles. Many of the yoles, which began their racing days in the 1930s sailing regattas, gradually were restored and brought back to sailing condition. Much of this work was carried out in Longhope by J. A. Mowat of Brims.

Over the past 80 years, as the fortunes of the island have changed, so have those of Longhope Sailing Club. Despite this we still remain an active sailing club with the highlight of its year being the annual regatta, usually held on the first weekend in July. After what usually proves to be an exciting or interesting days sailing, visitors and locals retire to the Royal Hotel where it all began.

In the last few years the club have been lucky enough to be able to build a compound to the rear of the local community hall in Longhope, the YM. The compound was built by members from funds raised entirely by the sailing club.

During refurbishment of the YM in 2015 it was clear that the compound would require moving to accommodate a new conservatory extension to the rear of the community hall. As part of that refurbishment the sailing club compound was relocated and a new sturdier fence was built. Hard standing was laid down within the compound and electricity installed in club shed.