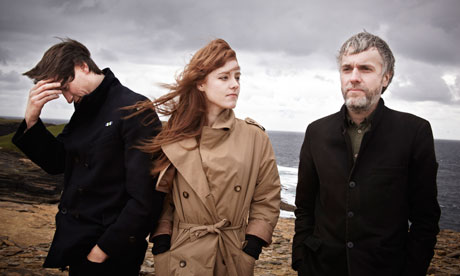 Symphony of the Magnetic North

“Comprised of Erland And The Carnival members Gawain Erland Cooper and Simon Tong, with vocals by Yorkshire singer Hannah Peel, the Magnetic North formed after Orkney native Cooper found a 1930s tourism guide to Orkney of the same title. He then had a vivid dream in which he was (stick with us) visited by the ghost of Betty Corrigall, an Orcadian girl who died in the 1770s. Cooper woke the next morning with a list of track names, each a location on Orkney.”
The Guardian – Sat 7th April 2012

Orkney Symphony of the Magnetic North with Stromabank Pub Choir