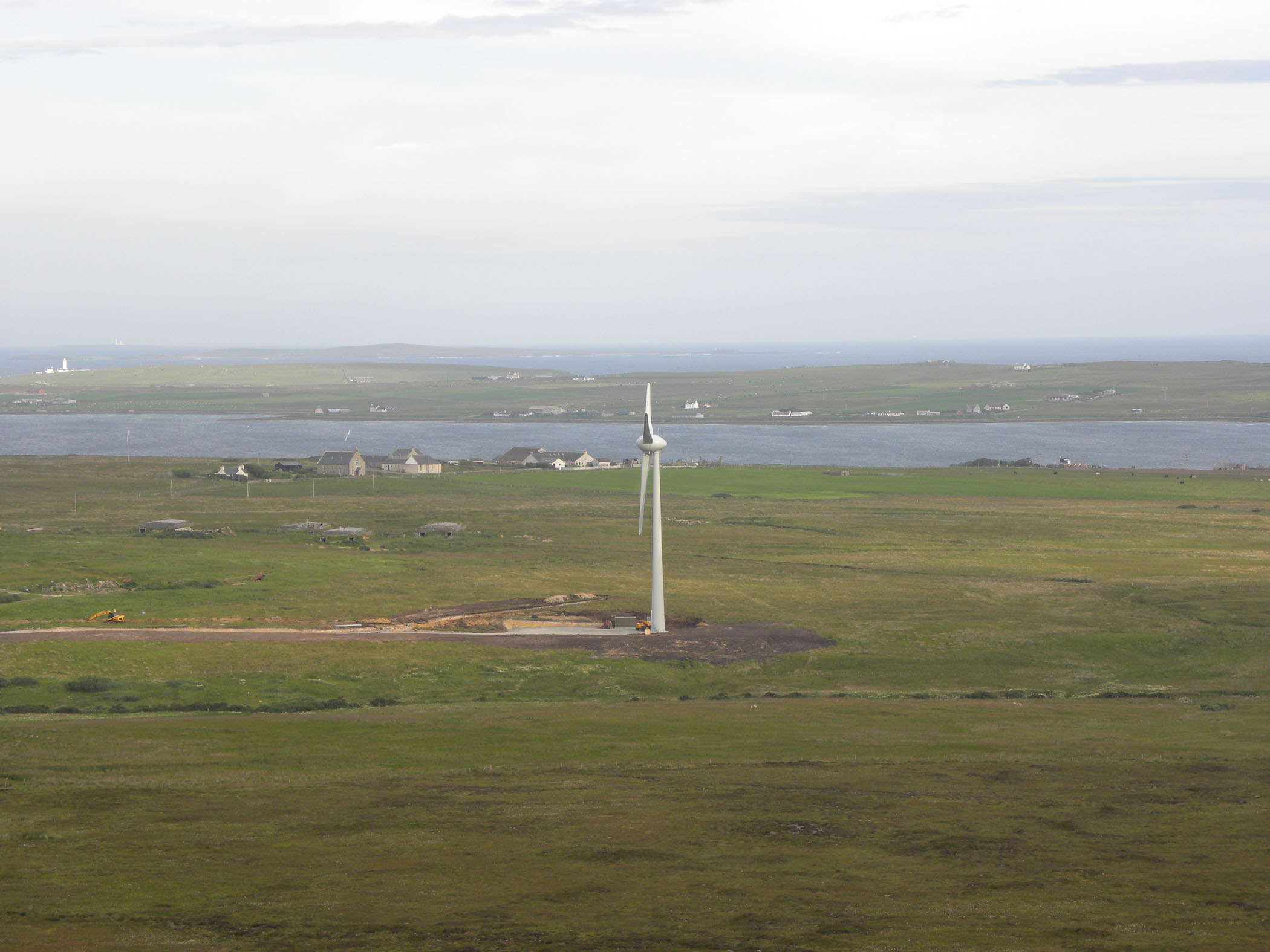 In order to produce 900kW the turbine requires a steady wind speed of minimum 14m/s (32mph) which will allow it to spin at 33rpm under full blade pitch. If the wind speed exceeds 28m/s then the turbine automatically feathers its blades to a neutral angle and shuts down into storm mode.
The relationship between wind speed and generation is more cubic than linear, so sadly if the wind speed drops 10% then output will drop nearer to 30%. Whilst the turbine does an excellent job of adapting to all wind speeds the days where a continuous 900kW output is achieved are indeed quite rare, often a brisk day will see the turbine churning merrily at 30rpm but will likely be only be producing around 500kW.

As the project qualified for a feed-in-tariff in 2011, a government generation subsidy, the income it obtains is proportionally higher than any current wind farm project could obtain as the FiT is now closed to new applications.
Our project sells all of its generated energy to the national grid via a power purchase agreement (PPA), currently with NPower, which generally achieves between 3p and 5p per kW/h dependent on market prices and seasonal trends. In addition we claim a FiT of 12.7p per kW/h, so total income is currently around 17p per unit, roughly the same as most of us pay for our domestic electricity.

HEL does not pay bonuses or share dividends, with 100% of taxable profits being formally targeted for donation to the IoHDT, using the trusts charitable status to minimise corporation tax. Any amount of trading surplus not transferred to the trust is retained in HEL and formally accounted as an operational reserve in readiness to fund future repairs such as turbine blade replacement, the current operational reserve is £525k
All HEL and IoHDT audited accounts and financial statements are available in the public domain.